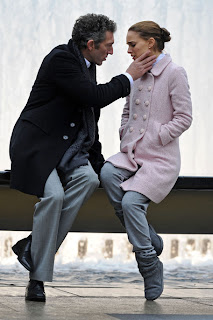 I am reluctantly coming to the conclusion that the 2000s sucked. I'm loath to make such a sweeping generalisation, because sweeping generalisations are statistically uncool, as are nostalgics, elegists, heritage nuts and others singers of the cinematic blues. But all the evidence seems to point to a dull burnish of non-exceptionalism to the last ten years at the movies. First, the difficulty I had in coming up with Top Ten films of the Decade, then my realisation that the Oscars had a tough time of it too; throw in the slow soul-siphon of the Bush years and I am more than happy to throw the 2000s under the bus. By contrast, the nineties emerge as one of the great decades in filmmaking, worthy of placement alongside the seventies and the fifties, which in turn raises my hopes for the next decade. Cinematic goodness appears to come in bi-decade bursts, one up, one down. Come on, 2010s. Take me. I'm ready. Post haste with the following please:—