Better than Streep? How about these 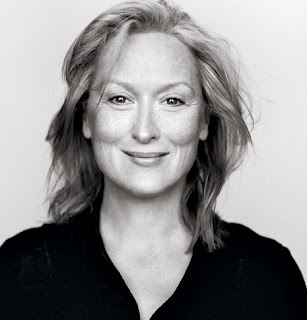 'Has she received too much recognition or too little? Trying to quantify an answer is really just trivial showbiz math, pseudoscientific data marshaled in support of a conclusion that is already axiomatic: Meryl Streep is the best screen actress in the world. I’m not inclined to disagree. A case could conceivably be made for Isabelle Huppert or Juliette Binoche or some other French actress, but everybody knows France is different.' — A O Scott, NYT

No. Streep is too smart —too intellectually self-aware. Too much craft, not enough abandon. There's a light dusting of self-consciousness to everything she touches right now. Nothing she can do can hide her basic superiority — to other actresses, to the movies, the audience. And she is: she is superior. Why hide it? Scott quotes the killer line from Pauline Kael: “It could be that in her zeal to be an honest actress she allows nothing to escape her conception of a performance.” Nobody has rebutted that yet, Even her hardiest fans would be the first to admit that she is above being a mere movie star. The best screen actors combine both craftsmanship and voltage. Newman. Bergman. Brando. Day-Lewis. Off hand, I can think of at least five actresses who are turning in better performances at the moment, one of them American: Tomei, Blanchett, Binoche, Winslett, Swinton. That's not to say that Streep isn't enjoying herself, settling into her status as "the greatest screen actress in the world". It may be the greatest role she's ever taken on, like Katherine Hepburn before her — the demure royal, gracefully batting back the compliments.