Werner Herzog on the 2012 Academy Awards 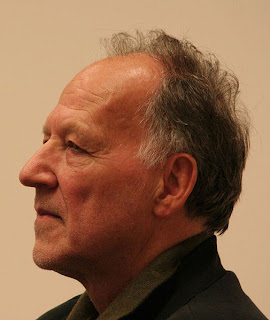 The day after the Oscars, I interviewed Werner Herzog for The Daily Telegraph about his death row documentary, Into the Abyss. The acclaimed German filmmaker had some words of praise for the ceremony which I thought worth posting in full; they came midway through a discussion of his reputed eccentricity.

“Not 'may'. Do Have. In capital letters. I DO HAVE a point. It’s the pageantry of the industry, the self-celebration of the industry. It's always better if it gets really eccentric. The more eccentric it gets the better the academy awards are. Yesterday wasn’t so bad. The previous year was kind of boring. This year was really good — much, much better. If the presenter doesn't sing or do some hoofing*, some tap dancing, it's off-target somehow. Hugh Jackman singing and dancing, that was a good one. To see Cirque du Soleil flying around representing the collective fantasy of show-business — Cirque du Soleil has nothing to do with movies, and yet it was exactly right. And the tearful speeches. If anything it wasn’t tearful enough. But there is something very enjoyable about it. Its not a coincidence that the entire world watches it — I say 'entire' in quotes. I see the importance in every day culture, before the Oscars even start: who is wearing what, who is in company with whom. It's just good stuff.”

"It reminds me of an old quote of yours: 'Movies come from the country fair and circus, not from art and academicism'."

“Yes, the country fair and circus. Its an integral part of the cultural climate of the movies. Yesterday night's was quite a good show. I've seen some nagging reports in the German press that it was vulgar, the singing presenter and so on, and I thought that was the good part of it."

* To get the full sardonic effect, your best Werner Herzog impression will be required for the word "hoofing", substituting a soft 'k' for the 'g'—"hoofink"

MOST PROMISING FILMS of 2012 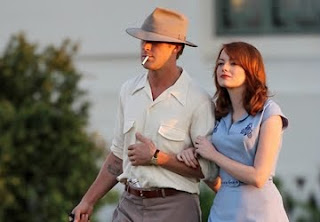 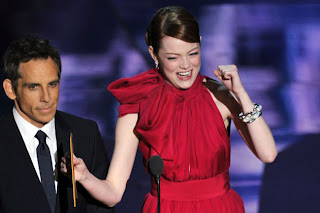 Something about the coy, deep-suction wonder with which Meryl Streep greets the attention being paid her makes it almost impossible to actually pay her that attention without feeling beside the point somehow, like a crack-dealer watching their customer get high. Maybe in 30 years time Emma Stone will be exactly the same way but last night, her bright, vivacious presentation was easily the highlight of the show — a vivid flash of adorable flesh tones. But it's weird how the Academy's fierce determination to win the all-important youth demographic translates — by some infernal game of chinese whispers — into a droopy, rheumatic telecast hosted by an over-rouged Billy Crystal, whose face is so round and lifted this days it looks like one of those optical illusions that would register as a human face equally well hung upside-down. Count in wins for Christopher Plummer (82), Meryl Streep (her third), two cinematic tributes to the silent era, a fabulously long 'In Memoriam' section, and it was hard to shake off the odor of camphor and mothballs clinging to the whole enterprise. You felt like getting up and walking around in the ad breaks just to check your circulation, or that no-one had died. Imagine what would happen if the producers ever decided to 'go old.' Thank God for Stone, Chris Rock and Sacha Baron Cohen, the win for A Separation, for the editing Oscar given to The Girl With the Dragon Tattoo's Kirk Baxter and Angus Wall, the clips from Bridesmaids, for Dujardin's sacre-bleu freak-out, for Plummer's poise, Gwyneth's dress, Angelina's leg, and the electrical pulses that seemed to shoot between Colin Firth and any of the female nominees he happened to be addressing, but particularly Michelle Williams. I half expected her to bat her eyes and reveal the words "I-love-you" stenciled on her eyelids in Chanel mascara.
No comments: 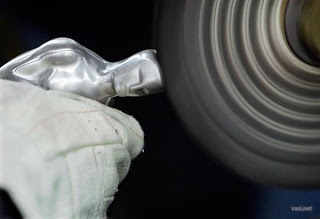 QUOTE OF THE DAY: Marilynne Robinson

"Modern discourse is not really comfortable with the word "soul," and in my opinion the loss of the word has been disabling, not only to religion but to literature and political thought and to every humane pursuit. In contemporary religious circles, souls, if they are mentioned at all, tend to be spoken of as saved or lost, having answered some set of divine expectations or failed to answer them, having arrived at some crucial realization or failed to arrive at it. So the soul, the masterpiece of creation, is more or less reduced to a token signifying cosmic acceptance or rejection, having little or nothing to do with that miraculous thing, the felt experience of life, except insofar as life offers distractions or temptations." — Marilynne Robinson

I'd almost forgotten this note – of fond-fraternal foxy-paternal Costner-patented chivalry. But now it all comes back to me — high fibre, good Scotch, Oswald acting alone, the small of a woman's back, long, slow, deep, soft kisses, etc etc
No comments: