Why can't our actors act more like movie stars?* 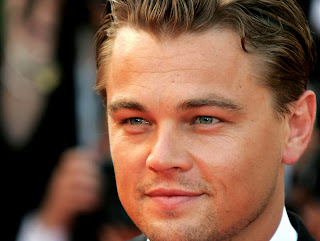 '"The Seyfried syndrome" is how one LA producer describes the increasing trend for young Hollywood stars to mix making big blockbusters with appearing in low-budget indie films.... The low-budget indie movie has joined non-stop paparazzi scrutiny and the unruly hairstyle as essential components of young Hollywood stardom... Now you'll see young heartthrob Zac Efron move from High School Musical to headlining Me and Orson Welles... "With a teen star attached we can secure the funding to get the movie made and they get a shot at being taken seriously," says one agent. "For them it's liberating to be in a film where they experience creative freedom and not have a studio breathing down their neck".' — The Independent

Entirely regrettable. There may be some people for whom the thought of Robert Pattinson as the young Salvador Dali, or the marquee meeting of Orson Welles and Zac Ephron, brings on a hot flush with tingles, but not me. Young movie stars need opportunities to 'act' about as much as cinemagoers need a chatty neighbour. They ought to be kept from as many opportunities to flex their method muscles as possible — physically restrained, if necessary. Nothing good can come of it — only dreary putty-colored 40-watt pictures like What's Eating Gilbert Grape (did we ever find out?) the Molly-Ringwald Tempest, Dead Man, The Basketball Diaries, Marvin's Room, Little Children (oh God), Half Nelson, Welcome to the Rileys, almost the entirety of Johnny Depp's ouevre post Scissorhands and pre-Pirates (with a very honorable exception for don Juan de Marco), and (by the sounds of it) the forthcoming Michelle Williams and Ryan Gosling marital-purgathon Blue Valentine. And I would exchange the entirety of Leonardo's Di Caprio's collaborations with Martin Scorsese for anyone of his escape scenes in Catch Me If You Can. A few people can act as well as Di Caprio, but few still can turn on the star wattage to that level, and nobody combines the two better right now. Maybe Angelina.

* To be sung-spoken, in Rex Harrison fashion, to the tune of Henry Higgin's 'Why Can't A Woman Be More Like A Man?'