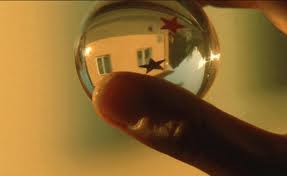 So I recently went back and worked out my top ten movies for each year that I've been alive. The results were sobering, inducing a few mild intimations of mortality, an increased awareness of the swiftness of time's Winger chariot and all that, combined with a renewed determination not to miss the gems under my nose. Did I know, for instance, when I staggered out of Blue Velvet, smoking furiously, that it would create such a long wormhole in space-time? It still feels like something I dreamed last night. I found myself agreeing with the Oscar winners for Best Film seven times out of 43, which seems about right (Chariots of Fire, Ghandi, Out of Africa, Rain Man and Driving Miss Daisy: all toast. How satisfying to rectify that particular imbalance in the force.) With the beasty Brits-in-white-linen gone, Spielberg is free to take his rightful place, topping the list five times; Coppola does twice, Scorsese twice, and everyone else — Eastwood, Mann, Mallick, Kubrick, Lynch — once. The real revelations: just how fond I am of the short-story perfection of Five Easy Pieces; the irresistable case Halloween made for itself (it was up against The Deer Hunter: I've never rated Cimino as highly as some. There's a self-pitying, masochistic streak I find unbecoming an artist of his ambitions. Same with Stone, only more so.); the enduring tonal strengths of The Right Stuff; Back to the Future's peppy ingenuity; the slinky feel for period in Dangerous Liaisons (Pfeiffer comes out strongly in this list); the still soulful glow of The Double Life of Veronique; Nil by Mouth's haggard intensity; the sheer number of great performances in The Contender (Oldman's best plus Bridges plus Allen plus a perky, calculating Kathryn Morris); the sweet-sour companionability of Knocked Up; the operatic mysteries of Birth. I've thought a lot about Pauline Kael's comment about great movies often not being perfect, something I've always taken to mean, 'don't mind my griping, I just can't turn it off.' I take her point: some of the very best movies have very bad movies inside of them, like Apocalypse Now. Equally, I think Badlands is as close to perfection as the movies get.