Why the critics are getting Inception wrong 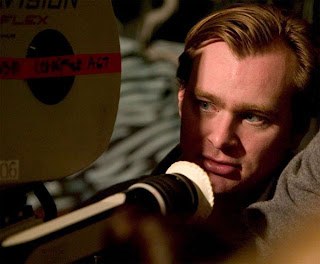 After chastising my fellow bloggers for overrating Inception, I am now in the uncomfortable position of having to pivot and blast away in the opposite direction. I was reckoning without the sheer ass-backwards perversity of the nation's film critics, all of whom seem to have got it into their heads that the only way to correct too much praise is to condemn just as loudly, in the opposite direction. That's not judgment: that's just a din. As Allen Barra notes in The Daily Beast today:—

After a pre-opening wave rave, mostly from the West Coast and the trade papers (particularly Variety’s Justin Chang, who was delighted with the film’s “playful” homages to artists such as Magritte and M.C. Escher), the film hit a critical stonewall. And not just with old farts like Rex Reed, who wrote in The New York Observer that “Nolan is an elegant Hollywood hack from London whose movies are a colossal waste of time, money, and IQ points,” thus maintaining a perfect record of failing to grasp every innovative filmmaker since Robert Altman, but also with The New York Times’ A.O Scott, who felt that Inception “trades in crafty puzzles rather than profound mysteries”—unlike, he thought, Stanley Kubrick’s 2001, A Space Odyssey..... The terminally crabby Armond White of the New York Press dismisses all Nolan fans as “Nolanoids”.... “No one short of a NASA systems analyst will be able to articulate the plot,” griped John Anderson in The Wall Street Journal.... Inception, A.O. Scott wrote, “may suggest the limits not only of this very talented director but also of his chosen art form at this moment in history."

Wake up, people. Inception remains a little too emotionally parched to get a full masterpiece grade but it is easily the most distinctive film of the yea; the product of a muscular act of the imagination; a handsome piece of magic which pushes the outer boundaries of allowable complexity while keeping pace with it's audience's ignorance — a much harder and more worthwhile achievement than mere cleverness. It doesn't disappear up it's own schincter. This self-discipline is the main reason it's different from the Matrix. People who signed off on that film were inviting the purgatory of Reloaded and Revolutions upon them, their slack discipline implicit, lurking, from the beginning. I don't get that with Nolan's film. Like Pixar, it's smarts are user-friendly, its solipsism oddly sociable. It's a boffin who knows how to work the room.