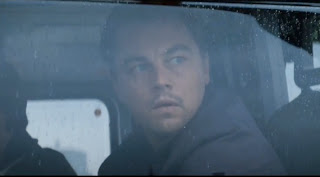 "Inception is a movie so vibrant, so alive, so relentlessly original that it can be forgiven its transgressions in an instant. It's an entertainment with vivid, profound ideas." -- In Contention's Kris Tapley

"Christopher Nolan’s mind-bending, soul-churning masterpiece.... Like Stanley Kubrick, Woody Allen, David Cronenberg and David Lynch... with Inception we have a film and a filmmaker that has broken new ground and very nearly reinvented the form." -- Awards Daily's Sasha Stone.

"Inception is a masterpiece... a movie that, at times, feels like a miracle." -- CHUD's Devin Faraci.

"Understand, a single viewing is hardly enough to come to terms with the film." -- TheWrap's Steve Pond.

"A Kubrickian masterpiece with heart, Inception delivers and then some, thanks to clever original screenwriting and exhilarating mise-en-scene." -- Indiewire's Anne Thompson.

"An epic piece of entertainment that ultimately feels so simple precisely because of all of its complexity." -- Cinematical's Todd Gilchrist.

"Nolan is becoming merciless in his ability to engage both intellectually and emotionally. As a result, Inception flattened me, and even now, more than a week after my first viewing of it, I find myself turning over images and ideas from the film almost constantly." -- Hitfix's Drew McWeeny.

So. A masterpiece. A miracle. A dish and a dream boat. Like Woody Allen at his most macabre, crossed with David Cronenberg at his most winsome. Or Kubrick with heart. Emotionally flattening. Commandingly clever. Relentlessly original. Merciless. Complex. Simple... It's hard to pick a winner from that small army of idolaters. Sasha Stone gets major points for a startling composite-image of David Cronenberg and Woody Allen — a pair I never thought I'd find in the same sentence let alone packed into one mortal frame. (Kvetching about exploding heads? Slapstick in a kitchen involving half-man, half-lobster?) Anne Thompson gets points for using a term (mise-en-scene) only six people understand, all six of them differently. The reviews powered by the hottest humbug thermals, though, are the ones crediting Nolan with charting a new course for cinema. Really? I'm reminded of that comment T S Eliot made about the average Englishman speaking perfectly natural English in the pub; but ask him to compose a letter to his bank and the result is the kind of strangled self-conscious locution that has never left human lips. The problem with the internet's democratisation of film criticism is not that heathens have stormed the ivory tower — if only— but the opposite: everyone tries to sound exactly like a critic. Drop in on any of the blogs and you'll hear the same semi-masticated munge of by-the-numbers put-downs ("so many holes you could drive a bus through it"), cod connoisseurship ("not his most nuanced performance") and obfuscatory jargon ("impressive mise-en-scene"). They're lousy with pontification. I keep waiting for the web's Jack Abbots to burst up through the ranks and blow the lid off the whole stuffy game; instead they all want sound like Roger Ebert. They ape the language of criticism, but forget to pack the judgment.