A Unified Theory of the Tea Party movement 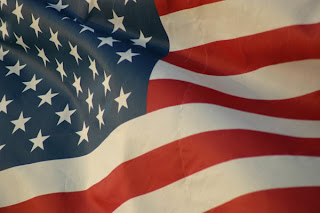 "Another factor, which rarely gets mentioned, but which appears obvious to people who didn’t grow up here, such as myself, is that many Americans reach adulthood with a set of values and sense of self-identity that is historically inaccurate and potentially dangerous. If you have it banged into your head from the cradle to adolescence that America is the chosen nation—a country built by a rugged and God-fearing band of Anglo-Saxon individualists armed with pikes and long guns—you are less likely to embrace other essential features of the American heritage, such as the church-state divide, mass immigration, and the essential role of the federal government in the country’s economic and political development. When things are going well, and Team USA is squashing its rivals, this cognitive dissonance is kept in check. But when “the Homeland” encounters a rough patch and its manifest destiny is called into question, the underlying tensions and contradictions in the American psyche come to the fore, and people rail against the government.' — John Cassidy The New Yorker

I would add to this the belief held by a surprising number of Americans that Republicanism is snot just one party among many but the American party. The right have somehow inscribed their virtues — less government, zero taxes, an unfettered free market — as American virtues, from which it would follow that Democrats are not just wrong but dangerously wrong, heretics. And from there it is but a short step to the Tea Party's pseudo-calls for revolution ("we came unarmed – this time"). All that has happened is that they have lost an election. What it feels like, to them, is a military coup. More blood must therefore flow.