Raging Bull: why Scorsese had to hit bottom first 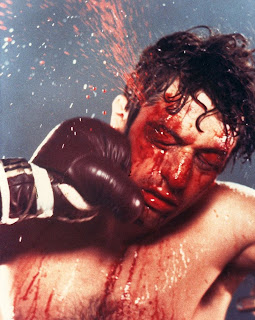 "The air is thin in Telluride; it is not an ideal locale for a lifelong asthmatic—especially a physically and mentally exhausted one. Scorsese more or less collapsed there, and immediately on his return to New York he collapsed again and was taken to a hospital, bleeding from every orifice. His condition was life-threatening; his girlfriend at the time (eventually his wife), Isabella Rossellini, had to leave the country for work and later told Peter Biskind, author of Easy Riders, Raging Bulls—a history of Hollywood in the 70s—that she did not expect ever to see Scorsese alive again. The doctors told him that he had no platelets in his blood, the result of an interaction between his asthma medicines, other prescription drugs, and the cocaine that he then regularly abused. They told him that he was in imminent danger of a brain hemorrhage. They pumped him full of cortisone and ordered total bed rest. In time, he began to recover, at which point De Niro visited him in the hospital. Like La Motta, Scorsese had touched bottom, and the actor judged his friend was ready to hear yet another pitch for Raging Bull. He was right. “I couldn’t understand Bob’s obsession with it, until, finally, I went through that rough period of my own,” Scorsese recalls. “I came out the other side and woke up one day alive… still breathing.” — Richard Schickel, Vanity Fair

Raging Bull is the best film about hitting bottom I've ever seen. There are no drugs in it, but it is physiologically rooted in psychic burnout, spiritual exhaustion, the pure, pummeling will power of the blind-charging addict, ramming his head into every available wall. The film purports to show the rise and fall of Jake La Motta, and while we see his rise, we do not feel it: the film is all descent, from its very first scene in which he implores his brother (Joe Pesci) to punch him in the face. If you want highs then Goodfellas is your movie: that's the film where Scorsese successfully transposes, on an almost cellular level, the feeling of what it is to get high on cocaine. It's easily his most triggering film. But Raging Bull is pure punishment, abrupt descent, black ice. 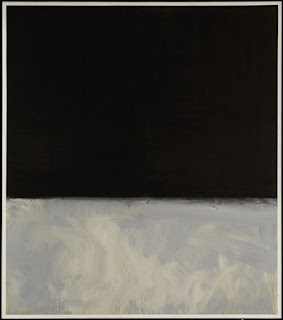 1) The Shining by Stephen King

7) The Angel on the Bridge by John Cheever

9) The Crack-up by F. Scott Fitzgerald

*A very different thing from works that are explicitly about hitting bottom.