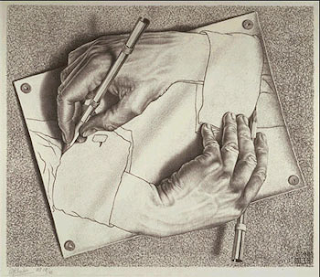 'If Joel and Ethan Coen's A Serious Man fails to land a Best Picture nomination tomorrow morning (which is somewhere between a likely and more-than-likely scenario) but Todd Phillip's The Hangover does, there will be "so great a cry throughout the land," as Charlton Heston once put in Ben-Hur. It will be a lamentation for 21st Century movie culture, for the provincial thinking of the Academy types who failed to value the humor in the Coens' misanthropy, for those who constantly fail to consider the Movie Godz perspective, for the failure to understand the difference between a generally pleasing film and an exceptionally worthy one, etc. It'll be a terrible thing.' — Jeffrey Wells

This is an occasional post devoted to statements that are not just wrong but exact inversions of the truth, such that were you to reverse them you would end up with something reasonable. Thus: If the Academy can reward The Hangover and not A Serious Man, it will be a victory for 21st century movie culture and a blow against the provincial thinking that would prize the crabby misanthropy of the Coens over a movie which wants you to enjoy yourself.