Quote of the day: Nick Hornby 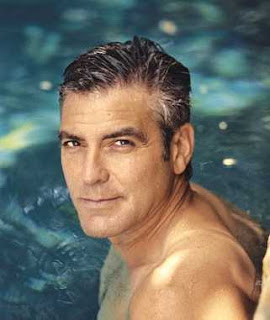 "There is, it turns out, a lot of paperwork associated with an Oscar nomination. Yesterday we had to sign a form promising that we wouldn’t sell our statuettes; we also had to fill out a questionnaire which asked us, among other things, which of our fellow nominees we would like to meet. My wife, after thinking about it for a good three seconds, replied “George Clooney.” She stuck an exclamation mark after his name. Somewhere in Los Angeles, an official of the Academy of Arts and Motion Pictures is putting all the requests to meet George Clooney in one mountainous pile."— Nick Hornby

I love the hint of career mortality implied in that request not to sell your Oscar. 'You may think you're king of the world now, pal, but don't rule out a pawn shop sometime in your future...'