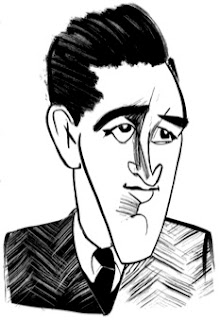 No. That is not right. I do find myself resentful of Salinger, but is not that he didn't appear on chat shows. There are plenty of writers I love, like Anne Tyler, who shy from the usual round of interviews and public appearances. The reason I resent Salinger is that he stopped writing. A lot of the obits are being willfully stupid about this, dressing up Salinger's retreat from publishing in mythic terms when all we were witnessing was yet another writer's unbending course towards self-annihilation — as depressing and stupid and avoidable in its own way as an alcoholic's. The ]raw emotions he leaves behind (see Bret Easton Ellis's "Ive been waiting for this day for-fucking-ever") are like those experienced by the relatives of a suicide. It was profoundly selfish, his withdrawal from the world, his refusal use those gifts. They were not his to decide what to do with. Sorry to sound so momsy and sensible about it but there it is. All this silence-as-a-higher-plane-of-existence stuff is tosh. Writers write. Salinger didn't. That's the heartbreak.