Guilty until proven innocent (if you're a foreigner) 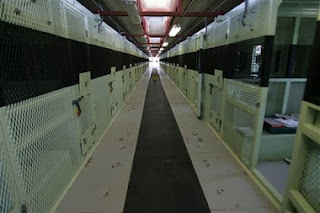 'If I had the power to have one statement of fact be universally recognized in our political discussions, it would be this one: "The fact that the Government labels Person X a "Terrorist" is not proof that Person X is, in fact, a Terrorist." That proposition should be intrinsically understood by any American who completed sixth grade civics and was thus taught that a central prong of our political system is that government officials often abuse their power and/or err and therefore must prove accusations to be true (with tested evidence) before they're assumed to be true and the person punished accordingly. In particular, the fact that the U.S. Government, over and over, has falsely accused numerous people of being Terrorists -- only for it to turn out that they did nothing wrong -- by itself should compel a recognition of this truth'— Glenn Greenwald

It is consistently amazing to me that you hear this from people who in every other area, profess deep and abiding scepticism about the role and influence of government. They are totally sceptical of governments' ability to run schools or hospitals or employ the jobless, but somehow when it comes to accusing people of being terrorists, they fondly imagine a 100% success rate, magically! The government has said it, therefore it must be so! (In fact, as far as Gitmo is concerned, their success rate is closer to 7%). I don't think I'd notice this so much if it weren't for the fact that these rules only seem to apply to non-Americans. By some method that I have yet to figure out, the GOP have managed to convince the vast majority of Americans that only Americans are protected by the constitution. In fact it doesn't apply even to them. It applies to the Federal government.

Nor shall any state deprive any person of life, liberty, or property, without due process of law; nor deny to any person within its jurisdiction the equal protection of the laws.

Any state. Any person.