Another blast on the horn from Manohla Blahnik! 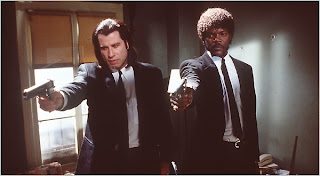 Readers of the New York Times have barely recovered from Manohla Blahnik's last enthusiastic bout of futurology — courtesy of Avatar? 3D? Digital cameras? I can't quite remember now, such was the prismatic dance she enacted — when she hits us with another. This one is entitled "Talking about Revolution (For Digital Age)" and concerns the "seismic changes" currently rocking the independent film industry — bigger even than the seismic changes of 1993 (?) apparently and worthy of comparison with the biggie of 1960, when the New American Cinema Group advised, “It is time to blow the whole thing up!” Can't wait. Viva la revolution! So what's up, Manolo?

Novice filmmakers and longtime independent insiders have begun experimenting, and finding some success, with new approaches to releasing movies, including self-distribution. The D.I.Y. world isn’t new, but what is novel is how filmmakers and other industry insiders are sharing their nuts-and-bolts experiences and blue-sky ideas both in person and online, creating a virtual infrastructure.

Translation: they're using Facebook. That's it. That's the story. Before you can snipe that this is just another journalist using social networking to jazz up a vaporous think-piece, think again.

Filmmakers who use Facebook to sell their movies aren’t simply partaking in a social-networking fad; they are trying to create a more complex, interactive and personalized relationship between them and their audiences.