Inside the mind of Sam Rockwell 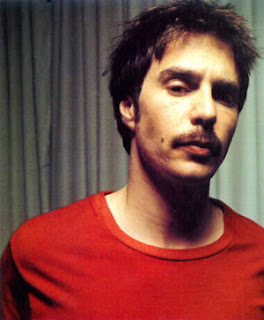 What's it like inside the mind of Sam Rockwell? It's an object of some conjecture, after Rockwell has taken us three times to the brink of lunacy and back, in Confessions of a Dangerous Mind, Snow Angels and Moon. Here he is talking to me about his dual performances in Moon.

“The guy who's been there 3 years is like a Castaway, Robinson Crusoe guy, like the guy in Silent Running. Hes a little spacey. He's mellowed, but gone a little wacky. The new guy is a more type A. We talked him having a little anger management problem in his past. I watched Ray Winstone in Nil By Mouth, Clint Eastwood, Sam Shephard in The Right Stuff. More stoic, more explosive... like a lead. The other guy is more a character actor."

For the scene where Sam B looks after Sam A, who is sick, Rockwell drew inspiration from a scene in Midnight Cowboy.

"There a scene where Ratso has the flu he's leaning on Jo Buck and Jo Buck is combing his hair. I said 'can we do this?' The idea of one guy taking care of the sick guy. There’s a scene where the two clones touch. Every time we have the clones its very tricky. It took a lot of planning but we did it.”

He also watched Eddie Murphy in The Nutty Professor, Michael Keaton in Multiplicity, and Jeremy Irons in Dead Ringers. ("Jeremy Irons was the most helpful.") What's it like inside the mind of Sam Rockwell? It turns out to bear a suspicious similarity of the basement of Blockbuster video, or Kim's.

Obviously you have to draw from real people, too. But it's good to watch movies. Not to copy. Its good just for inspiration. And also to set a standard. They don't make movies like that any more. Alien. Blade Runner. You’re never gonna can never reach but you might as well aim for it. Reach for the stars.”

Certain favorites recur. For his role as Zaphod Beeblebrox in The Hitchchiker's Guide to the Galaxy, he went back to The Nutty Professor again. "And Beetlejuice. I watched that for The Green Mile too. That’s a great performance.” Finally we talked about my favorite performance of Rockwell's, in Snow Angels.

"We definitely tried to get the book but there was some anti hero prototypes we were drawing from. David [Gordon Green] and I talked about Star 80, Taxi Driver, Inside Moves with Jon Savage. You know that last scene in Star 80 where he invites her over before he kills her? That scene was very helpful for Snow Angels. He’s very nervous around her. That's a great scene. The way they build it.... I like to watch documentaries too. Not to name drop but Brad Pit also lent me this documentary about the guys who kill abortionists. The christian guys. They all had beards so I grew a beard. And I've been watching Grizzly Man for this play [The Behanding of Spokane]. That and Taxi Driver."

It's interesting if only because there is nothing remotely studied about Rockwell's performances. They are marvels of fluidity. He's out there in a way that very actors can be without losing control. He's comfortable with levels of disorder that would have most of them sealing up with technique. Which means that even at his darkest pitch — in Snow Angels, say — there's a vulnerablity to him: no matter how frightening he gets you can see he's scared himself half to death. "You think you're a tough guy?" he taunts his wife's new boyfriend, before punching his fist into a tree until his knuckles are a bloody mess. "Can you do this?" He's giddy with the juiced-up power that self-destructive impulses grant you — the element of surprise you have over your fellow human beings. It's this I most love about his performances: the crackle of anarchy behind his eyes, the racing intelligence and aching heart of men so far from home that they can only laugh. You don't get that from a trip to Blockbuster.