Opening up his crazy heart 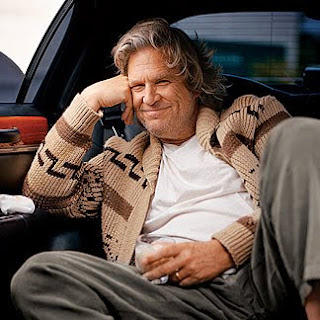 'The sixth floor of the Casa del Mar hotel, in Santa Monica, is crammed with movie stars. Tall, willowy Maggie Gyllenhaal strides down the corridor in slingbacks and blue eye shadow, discussing schedules with her publicist. Halfway down the corridor, seated in a chair, is Robert Duvall, barrel-chested, wizened, hearty, the Ancient Mariner of the American screen, telling his assistant about the best hamburger he ever ate. “It was 100% beef, just beautiful,” he says. “Have you been there?” The assistant shakes his head as the door to one of the hotel suites swings open and out walks Jeff Bridges, finished with his interview. He sees Duvall and his face lights up.

“Here he is,” Bridges says. “Hey, you coming to my birthday party tomorrow night?” Duvall frowns, smiles, spreads his hands.

“You didn’t get the invite?” Bridges asks.

Bridges’s people stare at Duvall’s people. Duvall’s people stare at Bridges’s people. We are at a celebrity-etiquette Mexican standoff. Nobody moves except for Bridges, who is already down on his knees, his arms laid atop Duvall’s thighs. “Man, I need you there,” he says, proceeding to explain exactly why he needs Duvall to be there. Bridges is a big man — 6ft 2in, or 6ft 3in in cowboy boots — but his body language is intimate, direct, respectful, warm, a cub talking to papa lion.

It’s the first thing I learn about Bridges: he’s extremely tactile. He loves hugs and high-fives, and makes fleeting contact with you during conversation — your elbow, your knee — to bring you closer in. For the press junket of The Big Lebowski, he arranged for all the journalists to have massages, to get them in the same chill zone as the Dude, the Venice Beach slacker he immortalised in the movie. It did so-so at the American box office, got a second wind in Europe and is now at the heart of a large, thriving cult, with scores of Lebowski festivals taking place every year. Bridges visited one recently, performing music in front of an audience of bathrobe-attired Dudes sipping white russians. “I had my Beatles moment,” he recalls. “‘Ladies and gentlemen, I can’t believe I get to say this, but here is... the DUUUDE!’ ROOOOARR. It was surreal. Like performing to a sea of bowling pins and booze. Weird. Oh, God. The fact that there are these people keeping that movie alive.”

— from my interview with Jeff Bridges for the Sunday Times