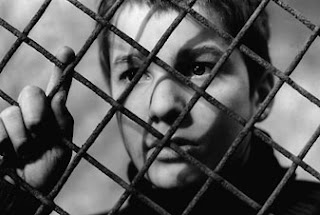 "There’s a famous quote by André Malraux: “A masterpiece isn’t better rubbish.” Still, I thought that good films were just bad movies made better. In other words, I don’t see much difference between a film like Anatole Litvak’s “Goodbye Again” [1961] and my picture “The Soft Skin” [1964]. It’s the same thing, the same film, except that in “The Soft Skin” the actors suit the roles they play. We made things ring true, or at least we tried to. But in the other picture, nothing rang true because it wasn’t the right film for Ingrid Bergman or Anthony Perkins or Yves Montand. So “Goodbye Again” was based on a lie right from the start. The idea isn’t to create some new and different cinema, but to make the existing one more true. That’s what I had in mind when I began making films. There isn’t a huge difference between Jean Delannoy’s “The Little Rebels” [1955] and “The 400 Blows” [1959], either. They’re the same, or in any event very close. I just wanted to make mine because I didn’t like the other one’s artificiality—that’s all." — Francois Truffaut's last interview, excerpted from Action! Interviews with Directors from Classical Hollywood to Contemporary Iran

I've often thought something similar, but from the point of view of actors. Is Tom Hank's performance in Philadelphia any better, in real terms, than his performance in Bonfire of the Vanities? Critics would tend to answer 'yes' to that question, because they have a certain amount invested in the idea that a film succeeds by virtue of the efforts of those involved. (Otherwise, what is their job about, if it is not to act as teacher handing out end-of-semester gongs?). But in my heart of hearts, and I suspect in Hanks', too, I feel that his performance in Bonfire of the Vanities is no better, nor worse than his performance in Philadelphia. What makes the difference is that Philadelphia works as a film, and Bonfire of the Vanities does not. Or, maybe: Hanks was right for the part in Philadelphia but was not in Bonfire of the Vanities. But in actual terms, through the eyes of the actor, from the inside out, so to speak, I do not doubt for a second that he brought the same skill set, the same level of professionalism, the same brimming Hanksian joie de vivre, to the two films. He was not responsible for the outcome, or to the extent that he was, he was guilty only of making a poor choice of role. I felt this distinctly when I was reviewing movies — the phoniness of grading actors' performances, attempting to discern micro-discriminations of extra effort here, or lapsed concentration there, as if that had anything to do with my enjoyment of the movie. More often than not it had to do with my enjoyment of an actor's presence, rather than of than their 'acting'. Sharon Stone was well used in Casino but I didn't think she was any better in the Scorsese film than she was in Basic Instinct. If anything the Sharon Stone fan in me prefers the Verhoeven movie as far the better way to soak up her sheer Sharonitude. We are at the very foothills of the whole issue of what makes someone a movie star, and how that is different from being an actor — I don't want to get into that — but I do want to point out that, most of the time when critics praise performances what they are really doing is praising the casting. Spielberg, for example, is an exemplary caster, with a reach extended by habitual theatre-going, and a slight weakness for getting first dibs on the Next Big Thing (Damon, Garner). Scorsese is an obsessive caster, returning again and again to the same faces until the audience plans an intervention. Woody Allen casts like someone eating a whole box of chocolates in one sitting. But my favorites are the Coens whose casting instincts are much like their films — dry, sardonic, sly. To have spotted the clown in Clooney, or the sense of threat in John Goodman, or the stoner in Jeff Bridges, takes an unfakeable (and very slightly chastening) instinct for sussing out the subtext of a performer. No wonder actors want to work with them so much.