When did America turn into a nation of victims? 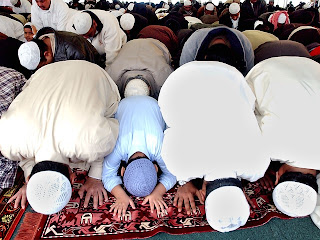 "Where to start with this part-pathetic and part-sinister appeal to demagogy? To begin with, it borrows straight from the playbook of Muslim cultural blackmail. Claim that something is "offensive," and it is as if the assertion itself has automatically become an argument. You are even allowed to admit, as does Foxman, that the ground for taking offense is "irrational and bigoted." But, hey — why think when you can just feel? The supposed "feelings" of the 9/11 relatives have already deprived us all of the opportunity to see the real-time footage of the attacks—a huge concession to the general dulling of what ought to be a sober and continuous memory of genuine outrage. Now extra privileges have to be awarded to an instant opinion-poll majority" - Christopher Hitchens

I'm not sure how to classify the outrage over the Cordoba mosque. It's not quite stupidity, more a reflex inability, or refusal, to examine or second guess one's own first flash judgment, or see it in any but the most sanctified terms. It's a deification of the gut. You can stop any of these folks, ask them to slow down, and walk them through their argument as many times as you like — "Why do you find it offensive?" "Even though your offense rests on a calculated insult to the very moderate Muslims we most need on our side?" — and they still burp up the same response: I just don't like it. As if that gut feeling of hurt overrides everything — logic, law, the constitution of the country they love. I am amazed, too, by the disingenuousness of the news reporters — from CNN, MSNBC — who, in the interests of getting 'both sides of the issue', ask "Is it still too raw?" without realising even by asking that question they have already settled the matter, chosen sides, legitimised the idea that a mosque in, around or near ground zero might in anyway be offensive. My horror is not exclusively at religious freedoms being snuffed out — an abstract semi-detached concern, I'll admit — but because that is the way we will lose. Don't these people want to have Bin Laden's head on a stick? Their behaviour is geared to the exact opposite — clumsy, slapstick self-defeat. 'Sounding off in a satisfying way' has trumped 'winning' as the desired end.