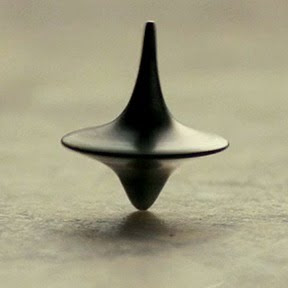 "The thing I like best about Christopher Nolan’s film is that with all the attendant prospects of a Big-Time Metaphor (film equals dreaming), and the chance of major World-Ending Political Intrigue, the mission impossible here is as silly and evanescent as why people play golf, chess, or postman’s knock. It’s just that the game is pretty and passes time in an elegant, harmless way... If you want a measure of the film’s wit, of its tongue- in-cheek delicacy, just notice how the intrigue is all achieved in the first-class cabin of a long-distance air flight.... Christopher Nolan has tended to be a little gloomy in the past and that sometimes left him looking solemn. What really works in Inception — and means so much to the future of movies —is its grace, its ease, its happiness in being an entertainment and a game." — David Thomson, The New Republic

A welcome corrective to Edelstein's charge of humorlessness. Thomson overplays his hand, of course:

As I go back to it, and we all will, I think this truth will emerge, that amid its stunning visions of Paris folding up like a clever box and cliffs crumbling like abandoned tenements, it has the panache of a comedy. Leonardo and his gang do a great job with their inane task, but it could have been Laurel and Hardy getting a piano up those steps.

That's a genre classification too far, but nobody can miss the sense of play to Nolan's film, or the light-fingered lift to the imagery. It has the pleasurable, industrious hum of an expert pick-pocket.