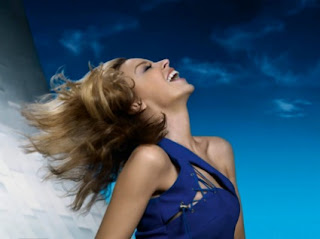 I'm a little embarrassed about this. As if to demonstrate just how helpless I am in the face of neat hook, Kylie Minogue's Get Outta My Way has arrived out of nowhere and ruthlessly barged aside Rihanna's Rude Boy as my most played track of 2010. It's got a lot to do with the false-bottomed platforms of sound in the chorus, achieved (I think) by having the bass and the synth ascend and descend together, exactly a fifth apart. It gives the song a searing urgency that cuts through the competition like a hot knife through butter. I can't get enough of it. Villagers Becoming a Jackal is the most heartrending track I've heard this summer; I love the McCartneyesque bass that strolls in halfway through the chorus — the aural equivalent of someone whistling with his hands in his pockets. I don't know what the lyrics mean but they really get to me. Something to do with dreamers and windows and unbidden transformations. The Arcade Fire has grown on me; it's a builder; and by the time it gets to the three minute mark, Win Butler's vocals are working their usual spooky synergy with the rest of the band. (Do they record together? I mean at the same time? It sounds like it.) Brian Wilson's cover of Gershwin's Nothing But Love is a genuine slice of heaven, no other words will do. I challenge anyone to find a nerdier song this year than the Book's Beautiful People, which appears to be about higher math, but it's lovely — how Simon & Garfunkel might have sounded it they'd written songs about algebra. David Gray has some tumbling, Stranglers-esque harpsichords that are buried at just the right level in the mix to leave you wanting more. The Chemical Brothers Swoon is hefty and wildly exciting in a way that makes you want to join something — the Moonies, a small guerilla army, something. And Passion Pit's cover of the Smashing Pumpkins Tonight, Tonight is my 2010 end-of-summer anthem.