Some dark side with my toast, please 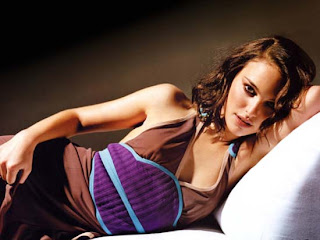 "The actress is set to play Nina in the flick, a young ballerina with a domineering mother who's up for the lead in a production of Swan Lake. Unfortunately, she's not a lock for the part. New dancer, Lily (Mila Kunis), is also up for the role. Playing the lead requires a dancer who can portray the innocence of the white swan and the seductiveness of the black swan -- and as the two form a friendship amidst their professional rivalry, Nina starts to become more in touch with her dark side" — Cinematical

I'm all for Natalie Portman slipping into something more seductive, of course. I am curious, though, as to where and when this penchant for the dark side, and the exploration thereof, gained its current ubiquity. You can't move for people exploring their dark side, these days, whether it be actors taking time off from the blockbusters to get down and dirty in some indie drama, or the blockbusters themselves, which are scarcely the bright, shiny pop culture artefacts of a generation ago, but come in a variety of scuffed, scuzzy charcoal greys, beneath glowering skies the color of vengeance. The Dark Knight could scarcely have been gloomier. The Terminator franchise seems seized up with terminal rust. Amongst the current summer films, only Star Trek seems interested in delivering some of the peppy uplift that swept Star Wars and the original Superman into theatres, pick-me-ups for a nation that had come down with a big case of the glums. It's the same on TV, where Alan-Ball inspired morbidity is still the order of the day, from Dexter to Breaking Bad, while Scorsese looks set to break some knuckles on the forthcoming Boardwalk Empire. It's not the quality of these programs which concerns me — the Scorsese, in particular, looks terrific — but I find it interesting how dark we take our entertainments these days, how uniform the air of scuzz and murk, how mainstream morbidity has become. And in the more extreme cases — Fincher's Fight Club, Aronofksy's Requiem for a Dream, Nolan's The Dark Knight— how atrophied and ingrown a style it is; a sort of spray-on nihilism, decal misanthropy, the cinematic equivalent of a pretend tattoo.*

* I'm going to start a pair of lists I think, distinguishing between the genuinely dark and the merely faux-tenebrous. The former would include: Blue Velvet, Nick Drake, the late paintings of Rothko, The Godfather, Taxi Driver, Yates's Revolutionary Road, Beckett's Happy Days, Lennon's lyrics, all of Larkin, The Godfather. Faux tenebrous would include: The Dark Knight, American Beauty, Damien Hirst's paintings, Six Feet Under, the film version of Revolutionary Road (pretty much all of Sam Mendes' films in fact) Requiem for a Dream, Fight Club, Brando's speeches in Apocalypse Now, anything with a Sith in it.