Democracy: this is the way it works 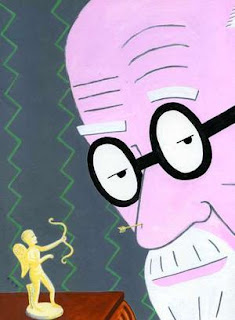 “I never dreamed I would see an administration try to disavow all the things that have made this country different from all others... Every institution that has made this country the greatest nation in the world is under attack. Those of you who think like I do, hope this country can hang on another 16 months.” — Sen Jim Inhofe

One of the more puzzling strains of Republican thinking in the last six months has been something to this effect. Normally, in a two party democracy, the losing side gets to gripe about the winners undoing all their good work. But that's not what the Republicans are saying. They're not saying "A Democrat is undoing Republican policies" but "A Democrat is undermining America." They speak as if they've been invaded, or the subject of a coup. As if they've never been through one of these election things before and don't understand that the other guys get to be in power for a bit. That's the way it works. It's a bit like the fear Freud describes children as having when their mother leaves the room and they imagine her to be gone forever.