It could all be so much simpler 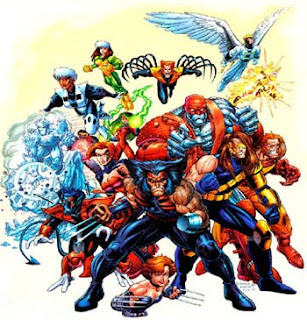 "British terrorists planned to blow up at least seven transatlantic flights from London, murdering more than 1,500 people in a plot on a scale to rival the September 11 attacks, a jury found today... three men now face life sentences after being found guilty of conspiring to explode liquid bombs on airliners flying from Britain to North America." — The Guardian

There. What's so difficult about that? Terrorists are found guilty in a court of law on the basis of evidence, and sentenced to life in prison.* It sounds so breathtakingly simple compared to the snarl-up Bush has landed on Obama's desk. The US government, by contrast, can't prosecute because the only terrorists they've been able to lay their hands on are in permanent legal limbo. They can't present evidence because the evidence is tainted by torture. And nor can they sentence them to life in prison because the Republicans are busy spreading the belief that no prison is strong enough to hold them — that the terrorists will burn through any wall using their evil death rays, like the X-Men.

* Extra bonus: the eavesdropping that caught them was legal. Greenwald:

So here -- with this British Terrorist conviction -- we have the perfect template for how Terrorism can be effectively combated within the rule of law. Authorities learned of the plot through legal investigations involving warrants and FISA court supervision. The Terrorist suspects were not disappeared to a secret prison, nor held without charges, nor did they have confessions tortured out of them, and were not given some sham military commission; instead, they were charged with a crime, given a trial in a real court with due process, convicted by a citizen jury and then sentenced to long prison terms. It was all effectuated in accordance with legal means and basic precepts of justice.