One of my favorite things 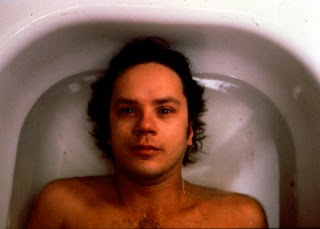 I don't know why but I've been thinking a lot about Adrian Lyne's Jacob's Ladder a lot recently. I have a weakness for melancholy sweet-savage horror movies about men who dream they are part of the human race only to one day wake up. The Sixth Sense hit exactly the same sweet spot but it is Lyne's movie that has stayed with me, from Tim Robbin's gentle, baffled performance to the Francis Bacon frights which flash up out of nowhere to Elizabeth Pena's terrific "fuck you" moment to Danny Aiello's angelic chiropracter. I can't figure out how it manages to be both so heartbreaking and so horrific, but suspect the two play off and sharpen one another: the horrific stuff loosening you up for the longing, the transcendence all the greater for being mired in such horror. Its quite a movie which moves its audience towards such nape-of-the-neck surrender.