The jerk versus the goof 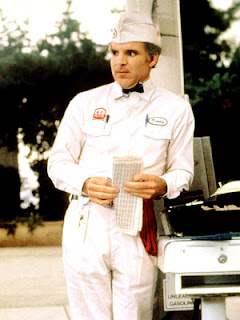 Andrew Sullivan names one of McCain's contributions to the political lexicon: the reintroduction of the word "jerk."

I like the affection of it, and the archaism, much as I like it when Richard Dreyfuss calls that driver a "turkey" in Close Encounters. The candidates always time-travel a bit with their put-downs — Obama called himself a "goof off" in high school, which is so early eighties. It appears to have stuck. Reporters called the shot of him on a bike rearing a helmet "goofy", opponents have called him "a goofy looking guy with big ears" although SNL writers complained that he is not "goofy enough."