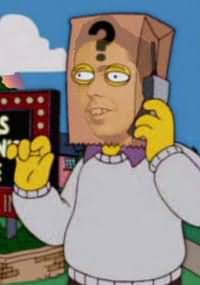 I've been trying to think of people to blurb my new novel, which is all about a reclusive author, flushed out of hibernation. The thought had crossed my mind of asking a real reclusive author for a blurb, but assumed i would run into the problem of, well, their reclusiveness. How wrong I was! Pynchon is blurb king! He has blurbed The Testament of Yves Gundron, a first novel by Emily Barton; Jim Knipfel’s memoir Slackjaw; and The Restraint of Beasts, a Booker-nominated novel by Magnus Mills, which he called “a demented, deadpan-comic wonder.” He has also written the liner notes for Nobody’s Cool, the second album by the alt-rock band Lotion.

It just shows you how hard you have to work at this recluse thing. Someone sees you down the bodega and you're not really a recluse any more, are you? Spotted waiting in line for a bus and — hey — it's all over. Writing liner notes for rock bands is oddball enough to qualify, but blurbs? I guess you don't really know where he was when he wrote them. He could have dashed them off from an oil rig, or the caves of Tora Bora. But still: they're such a positive, effusive activity, the literary equivalent of a high five. They don't comport well with the sour mood and scowling misanthropy we expect of our recluses.