The return of blackface 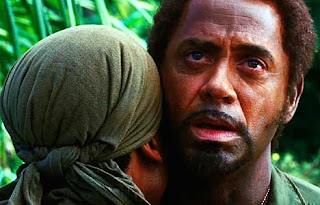 Reviewing Tropic Thunder, in which Robert Downy Jr plays Kirk Lazarus, an edgy Aussie actor who gets so deep into his characters he his skin surgically darkened to embody a badass Negro, David Edelstein writes:—