Time for the fat suit 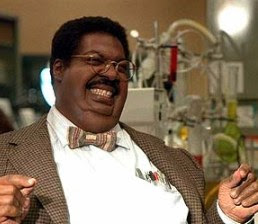 "In a nation in which 66% of the voting-age population is overweight and 32% is obese, could Sen. Obama's skinniness be a liability? Despite his visits to waffle houses, ice-cream parlors and greasy-spoon diners around the country, his slim physique just might have some Americans wondering whether he is truly like them." — WSJ

I know the whole point of election campaigns is to turn your opponent's positives into negatives. Thus far the McCain campaign have complained that Obama is too popular, too charismatic, too cool under fire and too eloquent. Now he is "too fit". I've also heard believes in the rule of law. The man must be stopped.