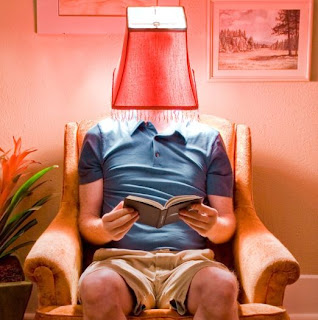 "....There are plenty of quotes from other self-help gurus — motivational speakers, "life adventurers", and self-proclaimed "spiritual messengers" — and lots of pseudo-scientific jargon (magnets, vibrations, wavelengths and the like), but basically it boils down to this: think positively. To those who object that they have been thinking positively ever since Norman Vincent Peale's The Power of Positive Thinking in 1952, you haven't really been trying. Really concentrate: "Look at the back of your hands, right now. Really look at the back of your hands: the colour of your skin, the freckles, the blood vessels, the rings, the fingernails. Take in all those details. Right before you close your eyes, see those hands, your fingers, wrapping around the steering wheel of your brand new car..." In other words: free yourself from the cares and wants of this world, follow the road less travelled, but make sure you do so in a brand new Lexus."

From an article I wrote about bestseller lists for Intelligent Life. I concluded that The Secret (a book which suggests that "if any moments or moments of your life did not go the way you wanted, replay them in your mind in a way that thrills you") could well turn out to be George Bush's favorite book. I was being facetious, of course. The self help guru most beloved of the Bush administration is, in fact, Martin Seligman, whose theory of 'learned helplessness', as put forward in such books as 7 Habits of Highly Effective People ("An amazing book! Absolutely full of practical wisdom and its authentic sources. What depth of understanding!") proved so helpful in the treatment of the Gitmo detainees.

In the spring of 2002, Seligman was contacted by the CIA, and asked to deliver a three-hour talk on how to help U.S. soldiers resist torture. The CIA was particularly interested in some experiments he had conducted involving caged dogs, in which Seligman used electric charges to shock them randomly. He discovered that this destroyed the dogs emotionally to the point where they no longer had the will to escape, even when offered a way out.

This was a pretty crucial moment in the development of America’s secret interrogation and detention program. Abu Zubayda had been captured just weeks before, and the CIA was trying to come up with ways to make him talk. They had no patience for the slow, rapport-building methods used by the FBI, whose role in the case they had just superceded. But what to do? At this very moment, Professor Seligman, it seems, agreed to participate in what he says was an unexplained private high-level CIA meeting, held on the campus of the part of the Navy that runs a secret program emulating torture – the SERE School in San Diego.

Professor Seligman says he has no idea why he was called in from his academic position in Pennsylvania, to suddenly appear at this CIA event. He just showed up and talked for three hours about how dogs, when exposed to horrible treatment, give up all hope, and become compliant. Why the CIA wanted to know about this at this point, he says he never asked. But somehow- and this is what is news as far as I know – Professor Seligman does know that in his audience were the two psychologists who soon after became the key advisers to the CIA’s “enhanced” interrogation program: James Mitchell and Bruce Jessen. So, Professor Seligman, must have had some contact with them, since he knew they were in his audience. Did he speak with them? What did they talk about?

According to sources close to the FBI, around the same time, one of those psychologists, James Mitchell, showed up where Abu Zubayda was being held, and started talking about Dr. Seligman’s theories of “Learned Helplessness” as shedding useful light on how to coerce Zubayda into talking. Specifically, he spoke of Seligman’s dog experiments, in which random electric shocks broke the dogs’ will to resist. An FBI agent was appalled – pointing out they were dealing with humans, not dogs. But Mitchell said it was “good science” for both.

— The Dark Side, Jane Mayer