Force the wine peep through their scars 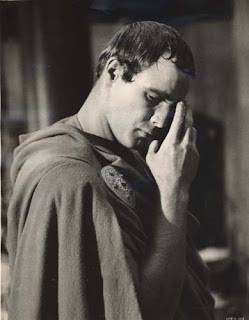 A fascinating post today from Andrew Sullivan on McCain:—

The pattern throughout his career has always been seeking out the supremely moral position in a losing conflict. And here comes Georgia, plucky little Georgia, doomed throughout history to be perched between Russia and the Black Sea, with a newly elected McCain-like figure, Mikheil Saakashvili, thumbing his nose at the biggest bully on the block. What's not for McCain to love? McCain long championed the persecuted people of Iraq; and he came to the defense of the beleaguered Bosnians. He is passionate about Burma and Darfur. You name a lost cause and he will rally to it.

This is psychologically very acute. I've long suspected a streak of masochism to McCain — not just a willingness to be punished but an instinct for seeking it out. The rascally asides and hangdog humor, the misbehaviour in the Navy and nose thumbing of his Vietnamese tormentors, the Keating Five scandal and subsequent apology, the fondness for quagmires like Vietnam and Iraq, where the aim is not so much victory as it is honor — sucking up the punishment without a peep. In Shakesperean terms he is that glorious loser, Mark Antony, rallying his troops for one last night of celebration before his show-down with Caesar:

I will be treble-sinew'd, hearted, breathed,
And fight maliciously: for when mine hours
Were nice and lucky, men did ransom lives
Of me for jests; but now I'll set my teeth,
And send to darkness all that stop me. Come,
Let's have one other gaudy night: call to me
All my sad captains; fill our bowls once more;
Let's mock the midnight bell... to-night I'll force
The wine peep through their scars. Come on, my queen;
There's sap in't yet. The next time I do fight,
I'll make death love me; for I will contend
Even with his pestilent scythe.

No wonder he loves Brando so much. Electoral prediection number 2: if he becomes president, disgrace will follow. Not disgrace of the order of Watergate or Abu Ghraib, and maybe of scallywag laugh-it-off variety, but disgrace there will be, followed by the doleful acceptance of censure, the heartfelt apology and so on.