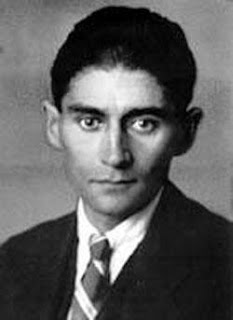 In a new book, Why You Should Read Kafka Before You Waste Your Life, James Hawe takes on the myth of Franz Kafka as a gaunt, melancholy, saint-like seer — a "lonely Middle European Nostradamus". From a review in The Observer:—

It makes me think of that great Woody Allen sketch in Everything You Always Wanted To Know About Sex but Were Afraid to Ask, in which a man finds himself turning, not into a cockroach, but a giant marauding breast.