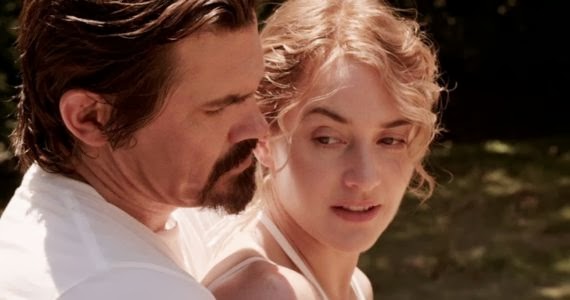 From my Gaurdian review:—

'No actress of modern times has subjected matrimony to more vigorous onscreen interrogation than Kate Winslet. What began in a fit of melodrama, with Winslet threatening to throw herself from the aft of the Titanic rather than face loveless marriage to caddish Billy Zane, has turned into a series of fine-grained portraits — in Little children, Revolutionary Road, Mildred Pierce — of suburban drudges, marooned in their marriages, doomed by their intelligence, staring at the dust motes. Her happy marriage to Alan Rickman at end of Sense & Sensibility is beginning to look like the joker in the pack. Winslet’s early performances fizzed like firecrackers, giddy with their own freedom, but now she dulls her own innate brightness to play American Madame Bovaries—then setting something loose in their breast and watching them come to life. She liberates domestic prisoners. Generally, the liberation is invariably more compelling, more believable, than the imprisonment. Winslet is a child of the bohemian seventies, and the freedoms she naturally enjoys as an actress — her behavioral and gestural laissez-faire — can lend an edge of well-intentioned superiority to her inquiries: she gives the impression of listening to the women of the previous generation until the point where they say they felt imprisoned and then tuning out, her indignation stoked. It’s all she needs to know. Her recent performance as Mildred Pierce seemed to proceed from the top down, from a perch of well-intentioned pity.'

Quote of the day: Wolcott on McConaughey 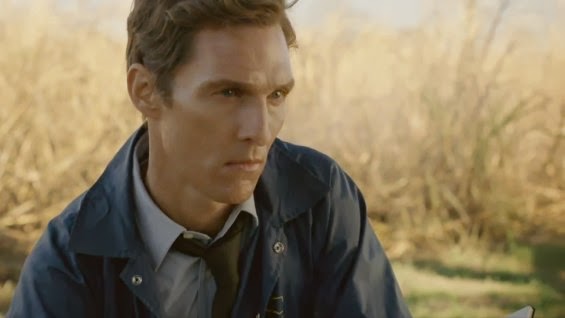 "What lifts creator Nic Pizzolatto's show above the misabilerist monotony and addiction pathology of Nordic noir and its derivatives is Proustian time-shifting, sharp, sneaky-funny writing, and even sharper, sneaky acting from Matthew McConaughey, whose detective Rush Cohle is so stick-figure insectiile, his man-who-fell-to-earth alienation and perceptions ("I can smell the psychosphere") so cryptic and deflective, that he could have come across as a David Lynch scarecrow if it weren't for the real, ground-in, damaged-goods pain that McConaughey communicates on a deeper frequency, between cigarette drags and beer sips: a redneck existentialism that Flannery O'Connor might have summoned from beneath the rotting floorboards." — James Wolcott, Vanity Fair

Quote of the Day: The Oscar Bloggerati 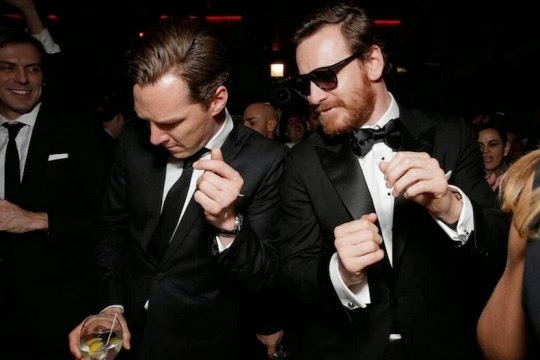 “TIE AT THE PGA AWARDS!” —went the alarm-bell tweet from Kris Tapley, a chronicler of the Oscar race at Hitfix’s In Contention blog. Since the news Sunday that “12 Years a Slave” and “Gravity” took home the Producers Guild top prize, awards prognosticators have been busy dissecting what it means for the season. “For the first time in years, we have a legitimate best picture race,” Mark Harris, the pundit at Grantland, wrote on Twitter, noting that with the win for “American Hustle” at the Screen Actors Guild, it appears to be a three-way race. “This is the most competitive Oscar season I’ve ever covered,” Mr. Tapley wrote.  “I’m not sure there is anything that could definitively tip the scales at this point.” — Carpetbagger

Lest anyone forget, last year's was supposed to be " the most competitive in years," too, and not only is this one going like clockwork (Best Actress decided since June, Best Picture decided since September, Best Director decided since October), it's copying last year's playbook, with a Best Picture / Best Director split that most have seen coming for months. Last night's DGA split only neutralized what threat American Hustle posed to 12 Year's A Slave's ever-more inevitable win. But apart from that, yes,  yikes, it's a real nail-biter.
2 comments: 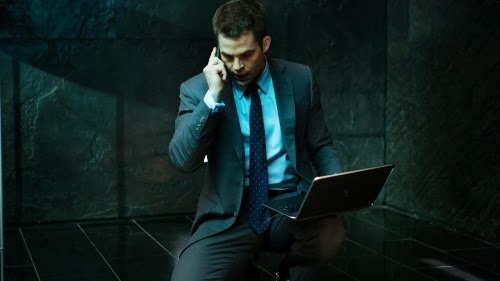 
... The director is Kenneth Branagh whose makeover from  cinema’s foremost interpreter of Shakespeare into one of cinema’s more reliable reinterpreters of American pop icons is one of the more pleasing twists of recent years. The shedding of cultural aspirations has lent his filmmaking buoyancy: his Hamlet was fussy and over-wrought, but his Thor was clean and confident—pop Wagner.  The new movie is at its best in its first twenty minutes, which bespeak a ticklish sense of pacing. We first we see of Jack he is ploughing his way through mathematics text books at the London School of Economics before catching 9/11 on TV. Shot down from a helicopter over Afghanistan three years later, he winds up n Walter Reed nursing a spinal injury. Thus, in short order, is Jack  supplied with a sense of patriotic duty, combat skills and a decent excuse for his desk-jockey analyst job. The alternative, of course, would have been to finish his studies and graduate, but that would never do. For one thing, that would have denied him the ministrations of his almond-eyed doctor in rehab, Cathy,  who is played by Kiera Knightley. Knightley is, of course, British but her away-game is  strangely better—playing Americans, as the otherwise awful Seeking a Friend Until the End of the World showed, has a way both of loosening her up and allowing to hold more in reserve at the same time; here, she’s playful and poker-faced as she teases Jack for information about his job, about which he is sworn to secrecy, even after she becomes his fiancée. So she springs a surprise visit on him in Moscow, only to find him engaged in a top-secret counter-intelligence operation to foil a plot to collapse the US economy by artificially driving down the US dollar with hyper-inflation, the rat! “I thought you were having an affair!” she sobs, although I didn’t share her relief for long.  Economic warfare sounds shop-fresh and ripped-from-the-headlines, but it turns out to involve the same old shots of data downloading from encrypted laptops we’ve been trying to find fascinating since Sandra Bullock discovered the interwebben in The Net. “Do I have to remind you what’s at stake here?” says Costner, as everyone braces themselves for another round of staring at slowly descending LED bars.   “There’s a very real chance we don't get out of this alive!”   You know the action of a movie is a little on the undernourished side — basically, a couple of car chase and a Skyfallish break-in — when it has to include little promotional blurbs for itself... C+ 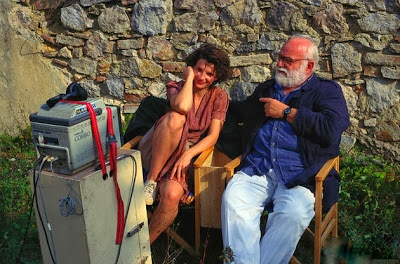 QUOTE OF THE DAY: PAUL SCHRADER 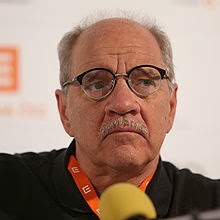 "What I think has happened is that the need to eventize a film has crossed into the area of content and performance. Predictable mainstream drama (watching stars do what you've seen them do before, watching familiar plot lines) has been driven into long form TV drama, which means that for a film to compete theatrically it must be an event. Ergo the glut of megabudget IMAX 3D CGI epics. But the need to eventize also is affecting story and performance. "Stunt" performances which were once relatively rare (DeNiro in Raging Bull, Cage in Leaving Las Vegas) are becoming a necessary audience hook: emaciated McConaughey, comb over Bale, silent Redford." — Paul Schrader, Facebook