“There's a fine line between clever and stupid” 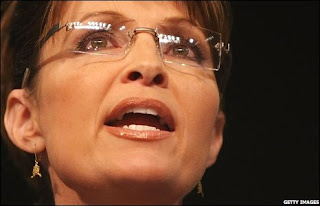 The most purely political decision in the whole campaign — mischievous, startling, Rovian, impulsive. It feels like a stunt — a firework, lobbed into his opponent's lap. McCain was boxed in, and so played the wildest card he could find. It helps him rally the base and combat the out-of-touch theme, but at the same time takes Obama's inexperience off the table, reignites McCain's age and health as issues and reopens the charge of recklessness: He had only met once before he gave her the job and only for 15 minutes. She is also under investigation for corruption charges and will have to take time off from campaigning to be deposed; the bipartisan investigation will deliver its verdict five days before the election. Did he even vet her? Was he thinking she wouldn't get questioned about national security or foreign policy? That she needn't both her head with that stuff? "I make them as quickly as I can, quicker than the other fellow, if I can," Mr. McCain wrote of his decision making process, with his top adviser Mark Salter, in his 2002 book, Worth the Fighting For. "Often my haste is a mistake, but I live with the consequences without complaint." These are a pilot's instincts. Are they a president's?