That forged letter (as if anyone cares) 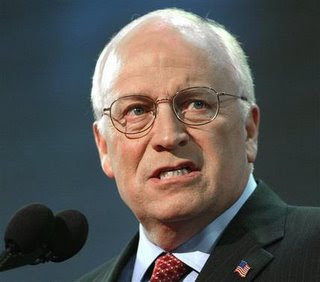 Ron Suskind’s revelation that the White House ordered the CIA to forge a letter linking Saddam Hussein to al-Qaeda invites the following correction from The American Conservative:—

Dick Cheney, who was behind the forgery, hated and mistrusted the Agency and would not have used it for such a sensitive assignment. Instead, he went to Doug Feith’s Office of Special Plans and asked them to do the job. The Pentagon has its own false documents center, primarily used to produce fake papers for Delta Force and other special ops officers traveling under cover as businessmen. It was Feith’s office that produced the letter and then surfaced it to the media in Iraq. Unlike the Agency, the Pentagon had no restrictions on it regarding the production of false information.

The former head of Britain's MI6, Sir Roger Dearlove, confirms that both Bush and Blair received late-breaking but excellent first-hand intelligence that Saddam was bluffing on WMDs. This seems big news to me. Up until this point, we've had plenty of evidence that intelligence was massaged, cherry-picked, distorted, twisted and finessed in the lead up to war with Iraq, but we've lacked any evidence that we were lied to. That said, it wouldn't surprise me if this story disappears. We've grown so inured to shocking revelations about the Bush Administration that even the idea that they manufactured a casus belli seems like something we've already heard, reacted to, and been outraged by. That's quite an accomplishment: to have got us into such a state that even our own outrage bores us.
Next!