Everything you always thought was right is wrong 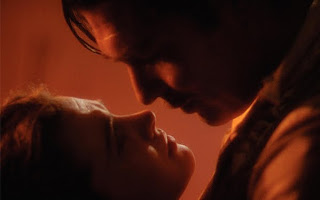 Okay, this is exciting. I feel like Heisenberg on the day he discovered that matter can be both a wave and particle. Or Doc Brown the night he discovered the flux capacitor. Okay. So here goes. I've made a major discovery that could completely alter the way we look at which movies are top of the all-time box office. Traditionally, of course, you go to any one of the box office websites and read something like this:

I've long known about the flaws of this list: it takes no account of inflation and therefore comes crammed to the gills with Potter and Pirates. It's a list compiled by an excitable amnesiac 9-year-old — not the kind of thing you'd want to defend if an alien landed on planet earth and wanted to know about these things called movies. Box Office Mojo have long published an antidote list that takes account of inflation and looks something like this:—

It's revenge of the Fogies. I've known fanboys flee from the severity of this list. It is undeniably grown-up, sober, a necessary corrective to the nearsightedness of the present and so on, but did it have to be so scrotum-tighteningly wholesome? Gone with the Wind at number one, fair enough, but The Sound of Music at number 3, and Ten Commandments at 5 — beating Jaws for heaven's sake. Really? In the annuls of popular filmmaking, De Mille beats Spielberg? The Star Wars sequels get a brief look in, but basically you'd better be on very good terms with the Disney movies because its a long time before the eighties and nineties get any serious placement. I'm as pleased as the next man to see the top twenty emptied of litter like Michael Bay and Harry Potter but is Mary Poppins really that much more loved than Forrest Gump or Pixar? That's what it comes down to, I guess — love — and I wasn't feeling it from the adjusted list. It didn't seem an accurate map of the audience's affections. But last night, while tooling around with the Avatar figures, I found out a mind-blowing flaw in the Box-office Mojo list: it takes no account of overseas revenues. That's a catastrophic oversight. Jurassic Park made 60% of its income abroad, Avatar a staggering 70%. The single biggest change in the last 20 years has been the eclipse of the North American market by overseas revenues — not including them is as biased against the present as the original list was biased against the past. Overseas revenues for movies like The Ten Commandments and The Sound of Music are lost in the mists of time, but if we highball the figure at 36% — that's the overseas percentage of Raiders — and we get the following.

Doesn't that feel a little better? More balanced? Past and present in something like equipoise? Even a little taste in evidence? For anyone who is serious about popular movies, who wants no truck with griping about the mass audience, anyone who has taken a lifelong vow never to use the phrase "lowest common denominator", but who — let's face it — has had their faith sorely tested of late, this list comes as very good news indeed.