The Best of Jeff Bridges: Fearless 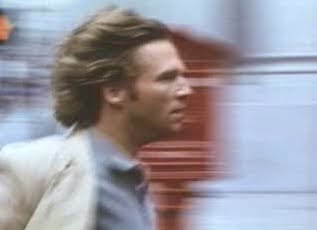 Jeff Bridges gives off the kind of unfathomability you get when a sane, centred human being wanders in front of a movie camera. That's how sanity plays: its matte, non-reflective, even a little boring. You can't read Bridges as easily as you can, say Nicholson, but then you have to be much more fucked up, more ravenous for the audience's attention, to be a movie star of Nicholson's magnitude. All of which seems to suit Bridges just fine. The audience don't get to keep a piece of him, which means he can stay on the move and keep acting. He's a free spirit, maybe the best advert for nepotism the screen has seen. He plays visionaries and fools equally well, and loves to swap them around. His president in The Contender was cool steel, munching on a shark sandwich in a way that impressed Obama enough to become his favorite movie president. His villain in the Vanishing gave us one of recent cinema's genuinely creepy psychopaths. Crazy Heart is wonderful Oscar bait— he's got the contagious joy of a kid getting messy with mud — but my favorite performance of his came in Peter Weir's Fearless, in which he played a plane crash survivor who believes himself untouchable: wandering out into traffic without a scratch, he becomes a kind of God to the other survivors until he is brought down to earth a second time. All the unworldliness that had clung to him earlier in his career came to a head with this film, all the fools and messiahs wrapped up in one beatific package. The dude abides.