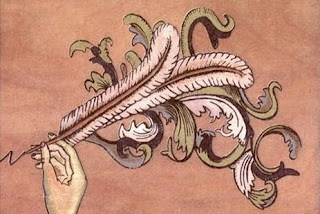 I am nothing if not a windsock caught in the hot thermals of popular musical taste. It's very rare that I find myself muttering "I can't believe they're not better known." I rarely curse the fickleness of the multitude. The qualities that make something successful are also qualities I happen to like. If there is an album of cool, angular and faintly unlikeable indie music, with one song on it that is destined to end up in a movie, I will pick out that one that ends up in the movie, every time. I am most definitely not a child of punk. My cousin Dave used to sing me that Undertones song, My Perfect Cousin, the one about the kid of does his homework and listens to the Human League and wears a sheepskin jacket. That was me. I didn't listen to a band who used guitars until I was 15. The first live concert ever went to was Kraftwerk. I know how to program a Roland TR 808 and can call out a Linn Drum at 200 paces. It was a huge relief to me when synthesisers became cool again. I once had a Carpenters phase. I prefer McCartney to Lennon. I bought Stop by the Spice Girls. I like George Michael (and not just Everything She Wants either). I once walked into Tower on Sunset Boulevard, heard Vanessa' Carlton's A Thousand Miles playing, thought it sounded catchy and went up to the cashier to ask him what it was. With a look of faint incredulity, he pointed to the Billboard chart, where it sat at number one, a place it had occupied for God knows how many weeks. All of which is a way of forestalling the possibility that anyone might mistake me for some kind of expert when it comes to music or this list as having any pretensions towards definitiveness. Its just a list of the songs I listened to the most, fell in love with the most, and think I will be listening to for a long time to come.