Torturing innocents because they are innocent 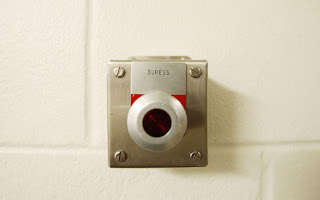 Al-Rabiah's confessions all follow the same pattern: Interrogators first explain to al-Rabiah the "evidence" they have in their possession (and that, at the time, they likely believed to be true). Al-Rabiah then requests time to pray (or to think more about the evidence) before making a "full" confession. Finally, after a period of time, al-Rabiah provides a fill confession to the evidence through elaborate and incredible explanations that the interrogators themselves do not believe. This pattern began with his confession that he met with Osama bin Laden, continued with his confession that he undertook a leadership role in Tora Bora, and repeated itself multiple other times with respect to "evidence" that the Government has not even attempted to rely on as reliable or credible.

Finaly, al-Rabiah "did not know what to admit..." The Judge then moved on to al-Rabiah's own explanations of how he came to make false confessions, noting that he had stated that, shortly after his arrival at Guantánamo, "a senior [redacted] interrogator came to me and said, 'There is nothing against you. But there is no innocent person here. So, you should confess to something so you can be charged and sentenced and serve your sentence and then go back to your family and country, because you will not leave this place innocent." All the innocent men at Guantánamo were expected to make false confessions, either so that they could continue to be labeled as "enemy combatants" on release, to maintain the illusion that Guantánamo was full of "the worst of the worst," or, as in al-Rabiah's case, so that they could be tricked and transformed into terrorist sympathizers and facilitators. As he also explained:

The record contains evidence that al-Rabiah's interrogators became increasingly frustrated because his confessions contained numerous inconsistencies or implausibilities. As a result, al-Rabiah's interrogators began using abusive techniques that violated the Army Field Manual and the 1949 Geneva Convention Relative to the Treatment of Prisoners of War. The first of these techniques included threats of rendition to places where al-Rabiah would either be tortured and/or would never be found.

She added, pointedly, "These abusive techniques did not result in any additional confessions from al-Rabiah, although he continued to parrot his previous confessions with varying degrees of consistency." Her conclusion:

The evidence in the record reflects that, in 2001, al-Rabiah was a 43 year old who was overweight, suffered from health problems, and had no known history of terrorist activities or links to terrorist activities. He had no military experience except for two weeks of compulsory basic training in Kuwait, after which he received a medical exemption. He had never traveled to Afghanistan prior to 2001. Given these facts, it defied logic that in October 2001, after completing a two-week leave form at Kuwait Airlines where he had worked for twenty years, al-Rabiah traveled to Tora Bora and began telling senior al-Qaeda leaders how they should organize their supplies in a six square mile mountain complex that he had never previously seen and that was occupied by people whom he had never met, while at the same time acting as a supply logistician and mediator of disputes that arose among various fighting factions" — Huffington Post