Explaining the movies to a Martian 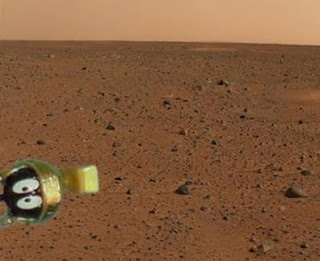 I'm going to take a break from writing lists for a bit. It's a little obsessive, and I can only do that in small doses without paying. It's been fun though. It's extremely heartening to remember how much stuff out there there is that you like. I might have said this on this blog before, but the film industry really is an amazing thing — a marvel. If an alien came down from Mars and pointed to a cinema and said "what's that?" and you explained that every week, a bunch of multi-billion dollar companies throw all their money resources, brains, talent and technical expertise into the tasking of concocting a slice of alternative reality in the hopes that it finds favor with you, and that the only thing you have to do, to be afforded such princely treatment is show up with a $10 dollar bill in your pocket, they would be amazed. Or maybe they wouldn't be amazed, because they're Martians and Martians don't amaze easily, but they would certainly be curious as to how the system worked, how we'd managed to arrange it so that the ordinary schmoes were treated like kings and queens whose every sigh and cough resulted in millions of dollars changing hands, or people being fired, or promoted, getting cocaine habits, or getting sober. How did we arrogate such power? It's one reason why I can't throw my lot in with Michael Moore, I guess.