Oscar predictions: you can ignore Nine 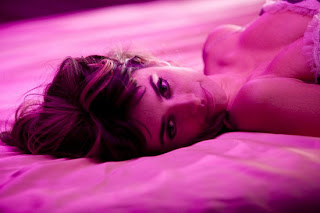 Every year there's an Oscar contender that you can safely ignore. It's easy to spot. It's the one stuffed with the most Oscar winners from previous years. And this year, that film is Nine. The director is Rob Marshall, who won with Chicago in 2002. It stars Penelope Cruz, who won an Oscar last year, Marion Cotillard and Daniel Day Lewis who won the year before that, Nicole Kidman, a few years before that, and Judie Dench who is nominated every year. With a pedigree like that, only one thing can be certain: it will be bloody awful.

Remember Chocolat, from 2000 starring Juliette Binoche, who had just won for The English Patient, and directed by Lasse Halstrom, who could not get out of bed without being Oscar-nominated for most of the nineties? Marshall has turned into the Lasse Halstrom of the 00s. Chicago was an unworthy Best film winner but at least it played to the home audience; Nine is a musical fantasia loosely based on a film of Fellini's. In the best of all possible worlds, if everything comes to fruition — the performances, the direction, the dance numbers — it is only ever going to be a form of karoake world cinema, just as Chocolat was an art movie for those who couldn't be bothered with subtitles.