The politicisation of 'Precious' 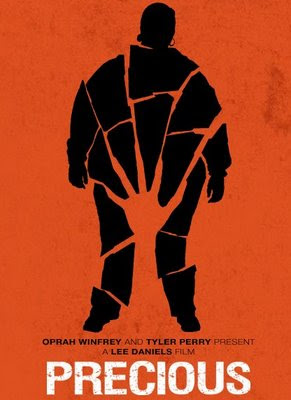 "A reinforcement of noxious stereotypes or a realistic and therapeutic portrayal of a black family in America? “In some ways, it’s ‘The Color Purple’ all over again, with people writing and talking about what this film represents,” said Mark Anthony Neal, a professor who teaches black popular culture at Duke University. Perhaps the most provocative salvo against the movie was fired by Armond White, the chief film critic of The New York Press and the chairman of the New York Film Critics Circle.“Not since ‘The Birth of a Nation’ has a mainstream movie demeaned the idea of black American life as much as ‘Precious,’ ” Mr. White wrote in his review. “Full of brazenly racist clichés (Precious steals and eats an entire bucket of fried chicken), it is a sociological horror show.” But Latoya Peterson, the editor of Racialicious.com, a blog about the intersection of race and popular culture, said Mr. White was off base.“His review buys into the narrative that there can only be one acceptable presentation of black life,” Ms. Peterson said. “He’s flattening the black experience, and in that way, he denies our humanity.”' — New York Times

The headline says it all: "To Blacks Precious is "Demeaned' or 'Angelic'" Really? That's the only choice? Christ. This is exactly what I feared would happen. That poor sodding movie. What happens now is it wins Best Picture, nobody in the heartland goes to see it, lots of articles get written about Obama's Hollywood, and everyone goes back to their corners to sulk about there being two Americas and how the other side is to blame. Great debate.