Goodbye John Woo and thanks for nothing 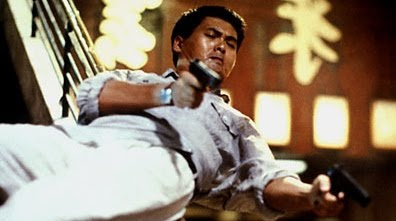 "He was the director who was meant to reshape Hollywood. That time was the early 90s, the vehicle a body of work assembled in his native Hong Kong that had already half-revolutionised the action movie: bloody, exquisitely choreographed tableaux of gunplay contained within the dizzying likes of Hard Boiled and The Killer. Then, his profile raised by fond tributes from Scorsese and Tarantino, he was all but borne into Beverly Hills by sedan chair – such was the eagerness of the studios for him to fill the gulf left by the decrepitude of Schwarzenegger and Stallone. It was to be a new age: one in which Hollywood would be regenerated by the energy and imagination of another culture, another country, one that spoke a different language both literally and artistically." — The Guardian, 'John Woo's Departure is a Loss To Us All.'

I've never seen a John Woo movie — Hard Boiled, Face Off, Broken Arrow, Mission Impossible 2 — that didn't bore me to tears. Actual tears, squeezed from the corners of my eyes. He was praised for his "balletic" action sequences, meaning he often ran them in slo-mo so you could admire the beauty of each shot. Everyone thought this was a splendid idea. Why? What's the point? It's like stopping the car to admire the engine. Sure, it's well put together but it doesn't get you anywhere. The images are too gluey with self-admiration to actually get to work on your synapses. Woo was action-movie kryptonite.