Time travel to the middle of last Wednesday 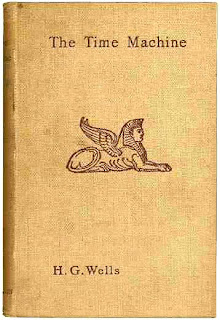 This is doubtless going to be interpreted as a post railing against the dying of the light, but since when were the eighties distant enough to warrant a time-travel movie? When Zemeckis and Gale wrote Back to the Future they skipped back a generation, from 1985 to 1955, thus allowing Marty to meet his mother and also the filmmakers to score a demographic double touch-down: a blockbuster for both the kids plus their parents. It threw up all sorts of time-wormwhole mysteries: skateboards, rock n roll, electric guitars, the moonwalk. Had they gone back to the sixties, there would have been no such cultural blinds spots. That's what the makers of Hot Tub Time Machine have done: skipped a measly two decades, so as to indulge not their parents' nostalgia but their own. No generation clash, no anachronisms apart from the internet, email, and, er, that's it. Think about it: the film's star, John Cusack, was making movies back in the eighties. That has to set some kind of record for the shortest distance travelled in any time travel movie ever. H G Wells zipped through centuries. Zemeckis straddled generations. Now it's just decades. What next? A fearless exploration of the deepest, darkest depths of Last Wednesday?