Don't know what a slide rule is for: Rachel Weisz 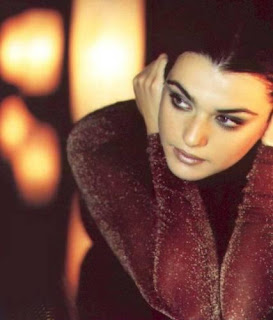 'It was the mention of sex that caught the waiter’s ear. We were in a café in New York East Village, and Rachel Weisz was telling me about her new film, Agora, in which she plays the 4th century philosopher Hypatia. The film’s director, Alejandro Amenebar, had insisted on complete naturalism from his actors, she told me. “There’s a style of acting that can come with period films where everybody just freezes up. But they were drinking and fucking and doing maths or whatever else they were doing. They were just people.”

At which point, the waiter, stood by the cash register just to our left, froze, like a man hunting deer. You could almost see the cogs whirring: An Academy-Award-winning actress has just said the word “fucking”. Cool.

There was a pause, then a kerrching of the cash register, and the waiter wandered off, doubtless to pour coffee absent-mindedly into his next customer’s lap, or his own.'

— from my interview with Rachel Weisz in The Sunday Times