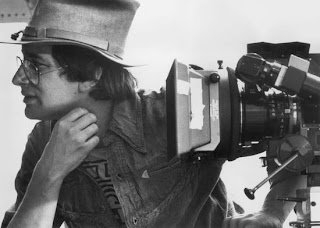 Those amnesiac pups over at WEEKEND have finally whittled it down to two directors in their best director bracket: Martin Scorsese versus Chris Nolan. You'll have to excuse me while I get up from my desk and walk in concentric circles while fanning my face, snarling zen mantras to myself. Chris Nolan?

With a decade of alternating thought-provoking and action-packed films under his belt, Nolan has quickly ascended from being a merely promising director to a damn near transcendental one... “Memento,” “The Prestige,” and “The Dark Knight” found themselves on a number of Best of Decade lists, and his forthcoming “Inception” is one of the most highly anticipated movies of the year. 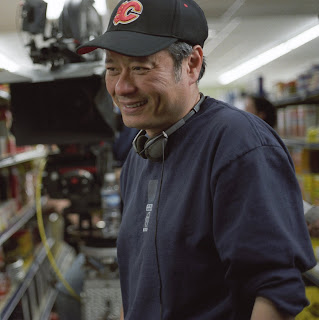 Words fail me. First thoughts: films that are yet to be released don't count, or else we are in the twilight zone (hey, I'm backing Matt Damon on the strength of the films I think he has yet to direct). The Dark Knight was good if overrated. Memento was brilliant. That brings Nolan's tally to one and a half decent films. That's not an oeuvre, that's an evening on Netflix. They at least have the good sense to give to Scorsese although with only 55% of the vote, which makes you wonder what they hell they're putting in their coco-pops these days. That should have been a Tyson smash to the mat. Our final bracket here at TBTTM on the other hand, has it down to Spielberg versus Ang Lee. That's right: the maker of Jaws, Close Encounters, Schindler's List, Saving Private Ryan, E.T., Raiders of the Lost Ark, Catch Me If You Can, Minority Report, Empire of the Sun and Munich versus the maker of The Ice Storm, Brokeback Mountain, Crouching Tiger, Hidden Dragon, Lust Caution, and Sense & Sensibility. It seems pretty open and shut to me but I'm going to mull on it for a bit. Any thoughts?