Where did all the "Oscar" films go? 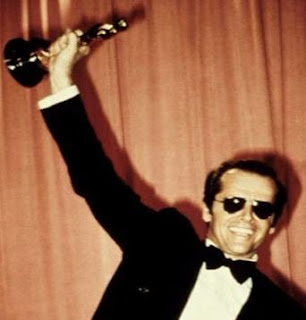 “As we’re learning from the Academy, ‘Hurt Locker’ is suited for Academy taste. ‘Inglorious Basterds’ – you would never 10 years ago say, that’s going to get eight Academy nominations. So I think today that stereotype of the classic movie is gone.” — Harvey Weinstein

"The reality is that there is no “Oscar-type” of movie anymore. It is no longer good enough to make a movie that simply checks off the boxes of things that pull at the heartstrings of voters — period pieces, costume dramas, Holocaust movies, etc. The Academy has never been younger, hipper, more diverse (in terms of age and race/ethnicity), or more in-tune with critics than they have been over the past decade" — Scott Feinberg

I agree with the observation but not the explanation. As I wrote here last year, Oscar winners used to be readily identifiable, almost a genre unto themselves, the kind of film with

a symphonic score, great landscapes, heroes who run the four minute mile, or go off to lead the Bolshevik revolution, free India from the English, or atone for the sins of the white man. There was a high likelihood of them wearing linen. If reduced to a movie pitch it might go something like: one individual, making a difference, in costume.

No longer. Somewhere between the moment when Leonardo Di Caprio’s brain matter hit the elevator wall at the end of The Departedand the first strangulation performed by Javier Bardem in No Country for Old Men, the profile of your typical Best Picture winner has changed. And it ain’t Ghandi.

This isn't because the Academy got hip. Much as I would like to believe that it is now made up of hip, young, finger-snapping racially diverse thirtysomethings, their cahiers du cinema tucked under their arm, who know their Denby from their Lane and see Coen-esque blood spatters in their latte foam, such unicorns are not the reason Hollywood has abandoned the high-filigree ponies that used to high-step through the winners paddock. The reason is because Hollywood stopped making that type of film, as was first noticed by Spielberg in 1997.

"It is getting to the point where only two kinds of movies are being made, the tentpole summer or the Christmas hits or the sequels, and the audacious Gramercy, Fine Line or Miramax films. It’s kinda like India where there's an upper class and a poverty class and no middle class. Right now we are squeezing the middle class out of Hollywood and only allowing the 70 million plus films or the 10 million minus films."

That middle-class that he talks about — the $50-70 million movie — that's the exact pumpkin patch where Hollywood used to grow it's prize winners — its Platoons, its Driving Miss Daisies, its Dances With Wolves. They starved out the Oscar-winner as a genre. When you do come across them nowadays — the old liberal weepies like Invictus, The Blind Side, Conviction — they play like slightly undernourished b-list versions of themselves, donkeys not horses.