Please can we bomb Yemen? Please? 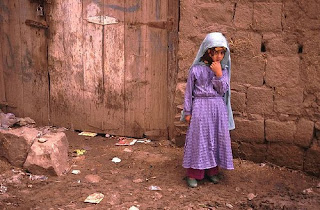 'In the wake of the latest failed terrorist attack on Northwest Airlines, one can smell the excitement in the air -- that all-too-familiar, giddy, bipartisan climate that emerges in American media discourse whenever there's a new country we get to learn about so that we can explain why we're morally and strategically justified in bombing it some more. "Yemen" is suddenly on every Serious Person's lips. We spent the last month centrally involved to some secret degree in waging air attacks on that country -- including some that resulted in numerous civilian deaths -- but everyone now knows that this isn't enough and it's time to Get Really Serious and Do More.' — Glenn Greenwald, Salon

Most experts agree that Al Qaeda's chances of defeating the United States range from zero to precisely zero. Their only hope lies in American over-reaction — if America can be coaxed into treating every failed terrorism attempt and crotch-bomber as if its very existence were at stake, then it will eventually exhaust itself. That is certainly the game that seems to be playing out, with each link in the chain not pausing to see where the chain is leading. Each congressmen wants only re-election. Desperate not to seem "weak" on terrorism, they repeatedly commit themselves to actions that feed the very problem they are trying to eradicate, which is to say: invading countries in the middle-east and killing muslims. As a strategy to combat terrorism emanating from the muslim middle-east, this course of action is self-evidently flawed, at least to anyone standing outside the continental Unites States.

The overwhelming consensus amongst counterterrorism scholars, experts and practitioners is that intelligence and law enforcement are the most effective tools available in terms of implementing effective counterterrorism policy, and, thus, these options should be relied on primarily. Not only does the military approach and attendant "war" rhetoric play to the advantage of transnational, stateless terror groups like al-Qaeda, but so too does that approach feed the overinflated, romantic sense of importance that is so appealing to potential recruits and members.

When I hear someone like Joe Lieberman suggesting we bomb Yemen some more, I hear someone preaching defeat. He might as well be saying "Let's give away American power now. Let's not wait until it is taken away from us. We're not losing it fast enough. Let's just give it away..."