If you build it, they will come — or is it vica-versa? 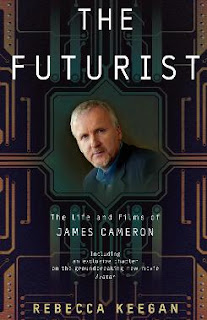 "He deliberately focused his story on characters that fit in a narrow design band, the Na'vi, a species of 10-foot-tall blue aliens with catlike ears and tails but human-like features. 'If they were more human, they could be done with make-up, which was boring, would not advance the the cause and had been done for 30 years in Star Trek,' Cameron says. 'If they were less human, they could not have been performed by humans effectively.'" — The Futurist, Rebecca Keegan

My review of Keegan's book to come in the New York Times.