Music on my ipod: summer update 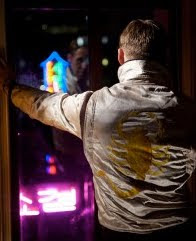 I've just had one of those moments where you suddenly realise that one producer is responsible for half my record collection. In this case the producer is Stuart Price aka the Thin White Duke. I knew that he was responsible a Coldplay remix I love (Talk, 2006), plus a Muse track (Undisclosed Desires, 2009), but somehow I missed his involvement in the Kylie Minogue record that killed me last year — Get Outta My Way, a song all about, as far as I can make out, barging through the boring people on the dancefloor — and now a Snow Patrol remix from 2009 (Just Say Yes) that is receiving so many plays on my ipod it's embarrassing. Meanwhile, my addiction to great songs with humiliatingly bad lyrics continues apace with Owl City's Deer In The Headlights. It's about a guy who loves a girl so much she maces him in the face and gives him a bloody nose. Words cannot begin to describe the strange, depthless irony of this song, which is otherwise a classic boy-meets-girl pop song about playing the game and love shining bright and other assorted cliches. But here's the thing: the searing synth riff at the beginning goes through my head like floss through ice-cream. There's nothing I can do about it. Aural crack. Not since last year's Rihanna song about how much she enjoys beign roughed up during sex (oh Rihanna — help a white liberal male out) have I been more mortified by a song I play pretty much every day. What else. I seem to be on a bit of a synth kick at the moment, maybe in reaction to my Fleet-Foxes-Bon-Iver immersion earlier in the year. Breakbot's Fantasy is repeatedly challenging my ardent desire not to break out into a dance routine on the subway (always a vivid threat). And College's A Real Hero, which is actually from 2009 but appears in the forthcoming movie Drive, which features Ryan Gosling driving around LA and stamping on peoples heads to an accompaniment of eighties synth pop, is also doing it for me. That's it for now, kids. 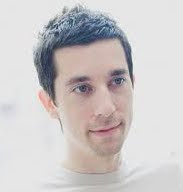 6. Deer In The Headlights - Owl City

10. Pumped Up Kicks - Foster the People