One small step for this blog... 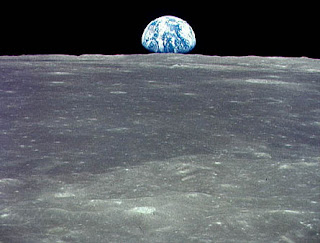 "The obvious question to ask about Ockham’s razor is: why? On what basis are we justified to think that, as a matter of general practice, the simplest hypothesis is the most likely one to be true? Setting aside the surprisingly difficult task of operationally defining “simpler” in the context of scientific hypotheses (it can be done, but only in certain domains, and it ain’t straightforward), there doesn’t seem to be any particular logical or metaphysical reason to believe that the universe is a simple as it could be. Indeed, we know it’s not. The history of science is replete with examples of simpler (“more elegant,” if you are aesthetically inclined) hypotheses that had to yield to more clumsy and complicated ones. The Keplerian idea of elliptical planetary orbits is demonstrably more complicated than the Copernican one of circular orbits (because it takes more parameters to define an ellipse than a circle), and yet, planets do in fact run around the gravitational center of the solar system in ellipses, not circles." — Massimo Pigliucci

Ah but is the Copernican theory complete? This blog rarely comments on scientific matters, in which we have no training, but something about the logic of this argument against Occam's Razor — of which we are inordinately fond — seemed fallacious even to a layman. You could argue that in order to explain why the earth's speed varies as it does, or why the seasons are the length they are — facts which are perfectly well explained by Kepler but reconvert to anomalies under Copernicus — the Copernican world-view has to become much more complicated. It has only the illusion of simplicity because it is not challenged to answer for these anomalies. Once it has been thus challenged, it becomes vastly more complicated. Ergo: Occam's Razor wins again.